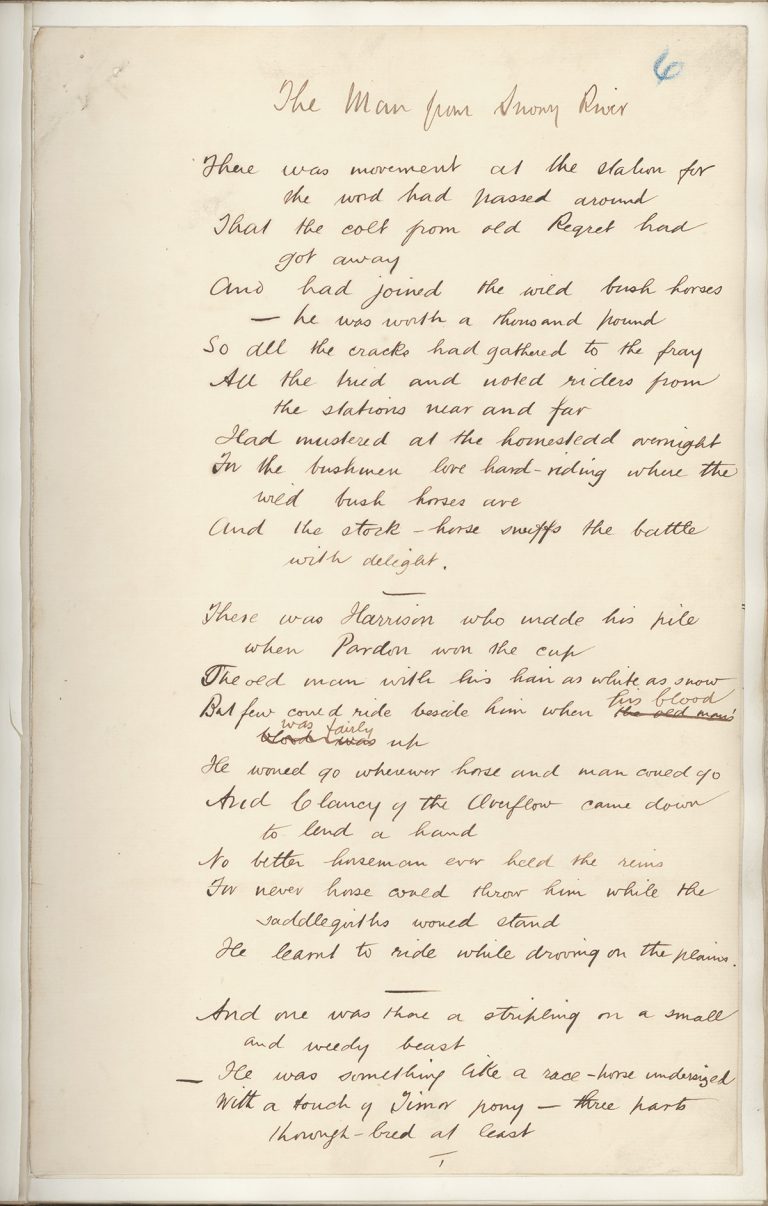 A handwritten page from the original manuscript of “The Man from Snowy River” by Banjo Paterson. This iconic Australian poem first appeared in The Bulletin, a Sydney-based magazine, on April 26, 1890. Angus & Robertson then published it as part of a larger collection by Paterson, The Man from Snowy River and Other Verses, in 1895. The poem tells the story of a heroic ride by a young horseman to retrieve the colt of a prizewinning horse that has escaped and started running with wild horses, or brumbies. It has become one of the most famous poems in Australian literature, and several films, a television series, a musical, and a children’s picture book (published by HarperCollins) have all been based on the story.