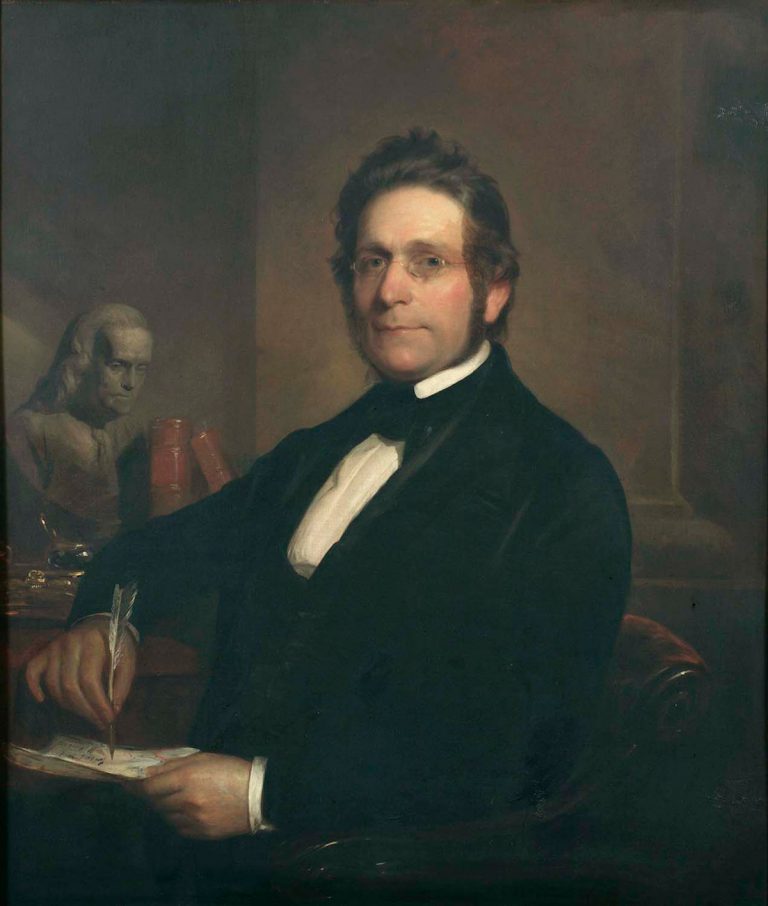 Official City Hall portrait of James Harper painted while he was mayor of New York City (1845).

With corruption rampant in New York City politics, the newly formed American Republican Party convinced James Harper, one of the brothers who had founded J. & J. Harper in 1817, to run for mayor. According to The New World, he was elected by “an overwhelming majority of the people” to the office in 1844. The public was looking for a distinguished citizen who could clean up the blatant corruption in the city at that time.

He was elected on the pledge of an efficient police force, economy in public expenditures, reduction of taxes, and cleaner streets. Harper won “a great and decided victory” and transitioned into the role of city reformer, aspiring to “the rescue of the city Government from the old Tammany.”

James Harper served as the city’s first reform mayor and devoted his term of a year to carrying out the party’s pledges–but he did disappoint its leadership by refusing to take an anti-Catholic position regarding city employees. Although he was popular, he chose not to run again and in the next election Tammany Hall regained control of the city government.

James Harper pioneered practices that would soon be a part of every American publishing house—click here to listen to an audio excerpt from the HarperCollins NYC Author Audio Tour featuring this famous Harper brother.