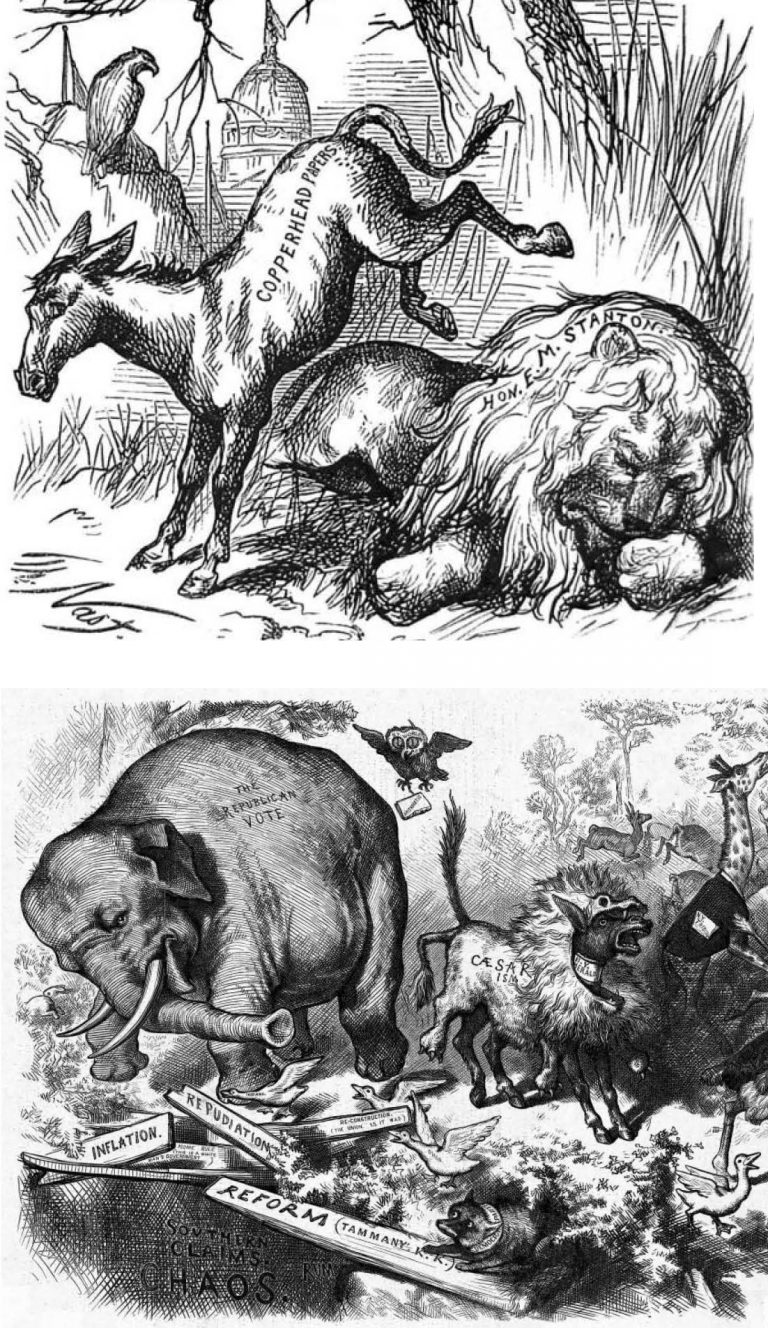 Illustrations by Thomas Nast. “The Third-Term Panic” (bottom) was originally published in Harper’s Weekly on November 7, 1874, and “A Live Jackass Kicking a Dead Lion” (top) was printed in the January 14, 1870, issue.

Illustrator Thomas Nast first made his name documenting the Civil War in all its gruesome reality, but he is best known for developing the political cartoon form and our modern depictions of Santa Claus. He began working at Harper’s Weekly in 1862.

After helping to document the Civil War, he turned his pen against politicos, specifically William “Boss” Tweed and his associates at Tammany Hall in New York City. With support from Fletcher Harper to “rid the city of its nest of vultures,” Nast began assaulting the Tweed Ring in 1869. As a result, Tweed threatened to take school contracts from Harper & Brothers and pull its schoolbooks from circulation, and some in the firm got cold feet. Fletcher, however, responded by saying, “Gentlemen, you know where I live. When you are ready to continue to fight these scoundrels, send for me. Meantime, I shall find a way to continue it alone.”

In 1871, Nast’s Tammany Tiger cartoon served as a call to action, and most of the Tammany candidates for New York state offices lost that year. Tweed was ousted shortly thereafter and eventually jailed, due in part to commentary in the Weekly.

Nast’s cartoons also influenced presidential elections throughout the 1870s and early 1880s. He created the Democratic donkey and Republican elephant that remain party symbols to this day.

Nast also famously developed the image of the modern-day Santa Claus as described by Clement Moore and influenced by German Christmas folklore. He captured trademark elements of Santa’s image; with a long white beard, black boots, and red suit trimmed with fur, Santa was portrayed as a round, cheerful, elderly man. Nast’s drawings also added some key details to Santa’s backstory: a home at the North Pole and toy-building elf assistants. 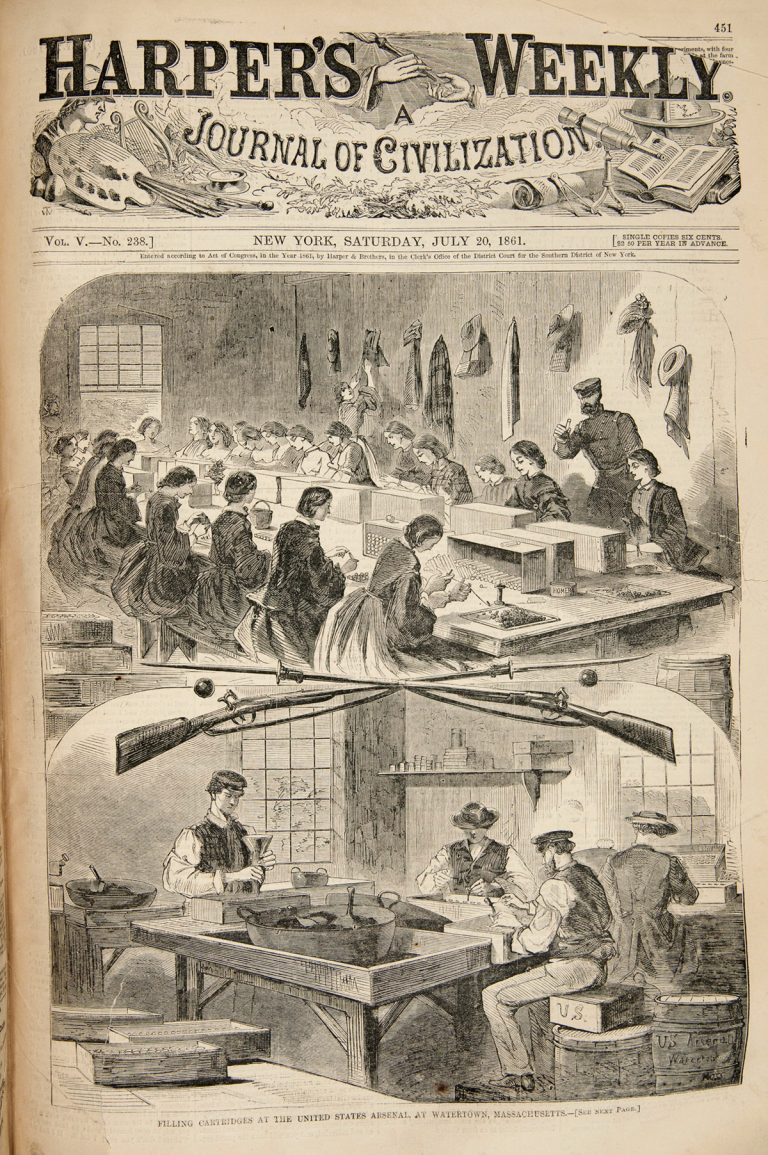 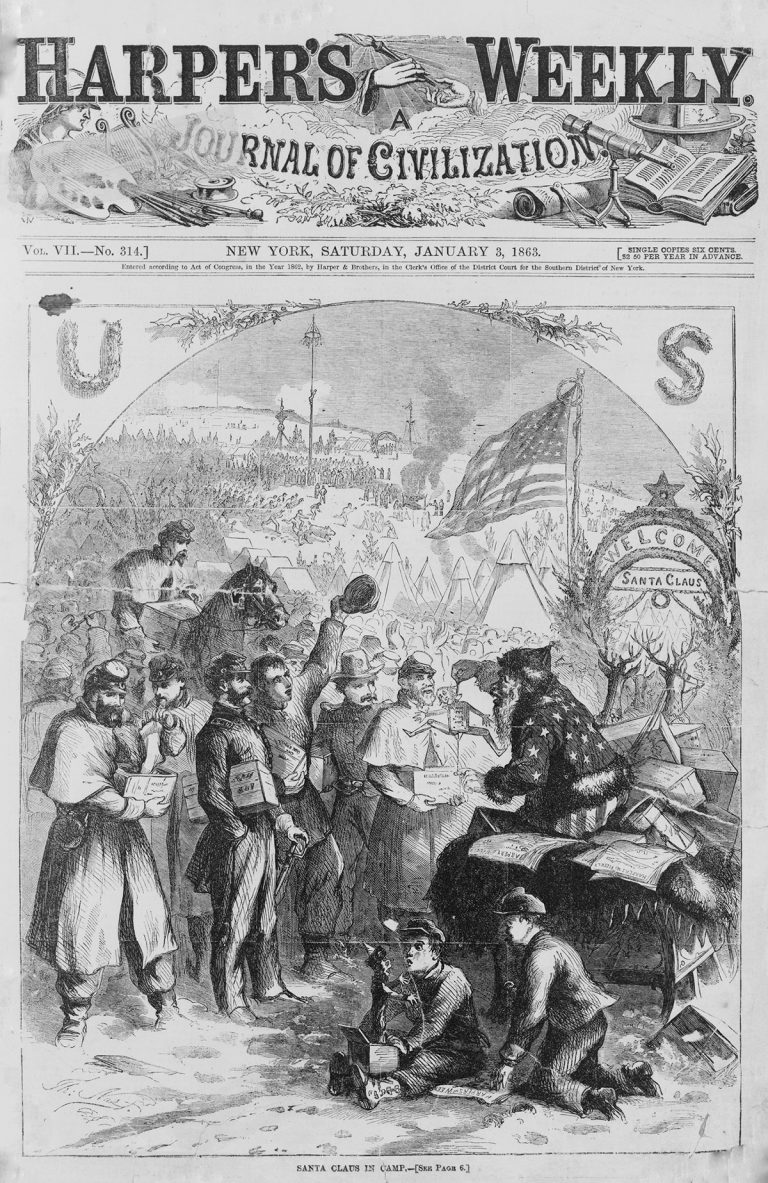