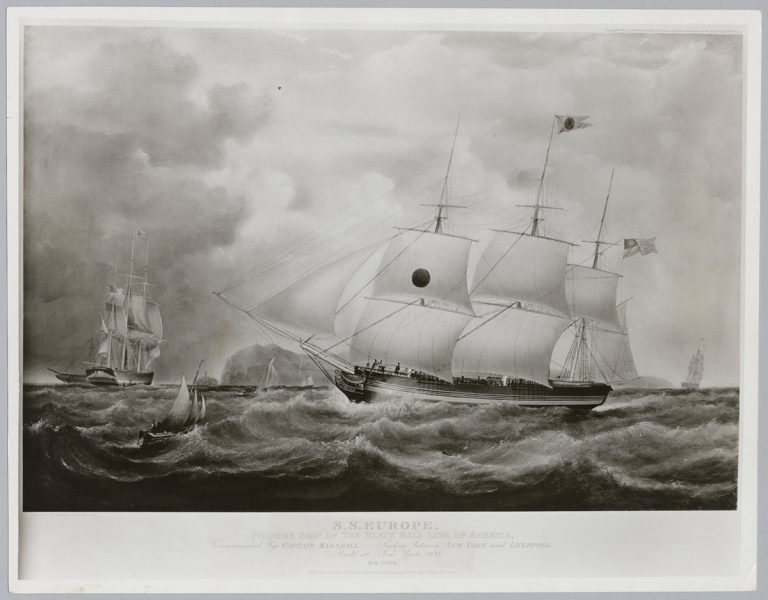 The S.S. Europe as seen in an 1883 painting by Samuel Walton.

In the early 1800s, American printers had no qualms about pirating books from abroad and selling them at discount prices. The Harper brothers of New York were no exception. Their biggest competitor at the time was Mathew Carey’s publishing house of Philadelphia, and throughout the early 1820s a fierce rivalry developed between the publishers, resulting from their often simultaneous publication of the same books.

According to third-generation partner and firm historian J. Henry Harper, “a messenger would board the incoming packet before she was made fast to the wharf to secure as soon as possible the early sheets. Every compositor was then put on the work, and every press stood ready for the printing.” The Harper brothers succeeded in getting Sir Walter Scott’s Peveril of the Peak (1823) printed and bound only twenty-one hours after the packet ship arrived, beating out the Carey firm, which had purchased the advance proofs.

There was a cease-fire in the 1830s when the Harper brothers and Henry Carey, Mathew’s son, reached an agreement known as “The Harper Rule,” in which a publisher would cease printing when a competitor purchased advance proofs and announced forthcoming titles, or had previously published a British author. This marked a big step toward fairness between competing publishers, and between author and publisher. The Harper brothers began to invest more in finding and developing relationships with authors. 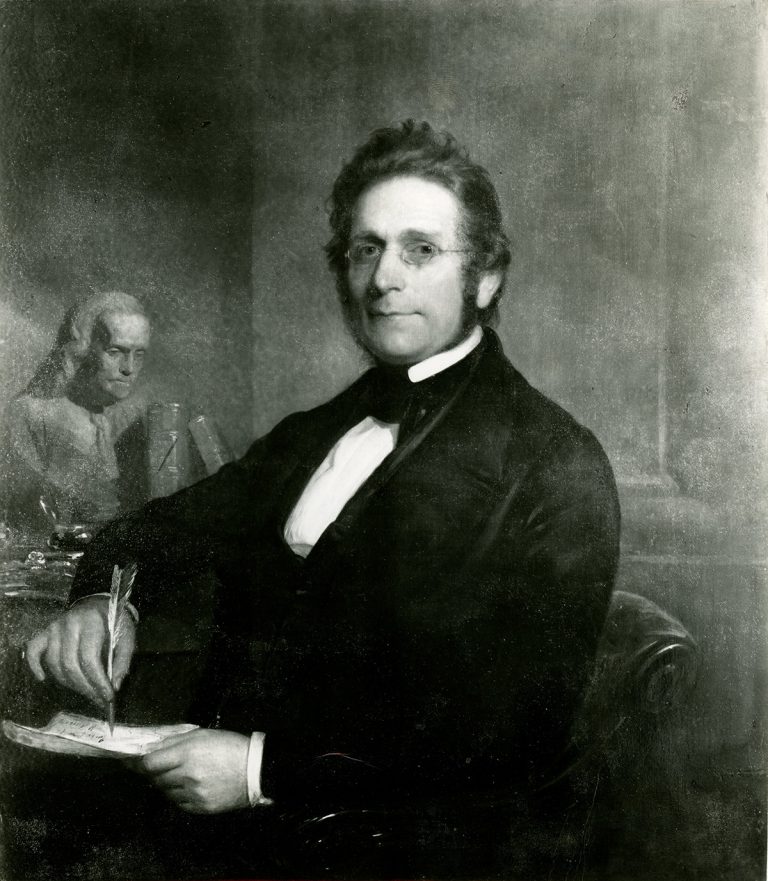